Ringleaders of the Underground: Teenage Wrist at the Echo 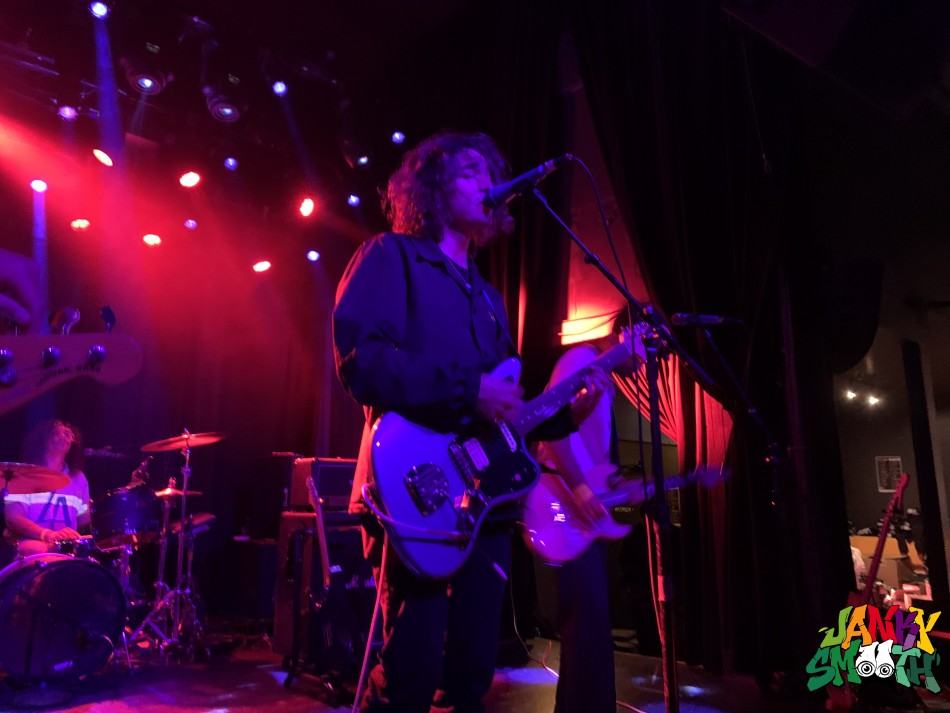 Words and Photos by: Danny Ryan

Teenage Wrist’s range of influence is incredibly wide with their embrace of grunge-era angst seamlessly blending into moments of blissful shoegaze breakdowns. With how large and atmospheric the band’s sound is, the modest stage presence rooted in their DIY background complimented the small venue atmosphere of The Echo amazingly. Their newest album “Earth is a Black Hole” signifies a drastic shift in the band’s sound, with a new vocalist and a much more punk-influenced sound than the emo roots of their previous works. Teenage Wrist has consistently been dedicated to their evolution with exploration of incorporating new genres throughout their career, which was clearly represented with the contrasting musical styles of each opener. The exciting feeling of seeing promising up-and-coming bands that could eventually take over the world was felt throughout The Echo that night, and Teenage Wrist came across as ringleaders of the underground with how much unique charisma that could be felt in each performance.

Equally important to the blend of genres in Teenage Wrist’s headlining set at The Echo, the band curated an excellent lineup of diverse sounds from different underground backgrounds with the 90’s college rock influence of Soft Blue Shimmer and the early 00’s alternative pop-punk influences from Soft Cult. With The Echo being such a landmark venue for up-and-coming artists throughout its history, every band contributed a different personality to the small venue energy of the evening. The entire lineup was a showcase of promising new artists with completely distinct styles from one another, but the vibrant character for each band was on full display. If more underground shows had this level of diversity, it would cause a massive shift in the way that the public perceives DIY scenes. Especially with how exclusive underground punk scenes can be, having this wide of a variety of sounds on the same lineup does an amazingly efficient job at inviting whole new audiences to the genre that may not have felt welcomed otherwise.

Soft Blue Shimmer kicked off the evening with a far more indie-rock sound than the rest of the artists, but they retained the dreamy shoegaze-influenced atmosphere of the evening. Vocalists Merideth Ramond and Charlie Crowley trade off between segments with haunting, yet soothing melodies layered on top of the ambient and atmospheric instrumentals. While the band does take more influence from indie genres such as dream-pop rather than emo music, they have a somber and emotional feeling to their sound. While their performance made The Echo feel just as if you were floating on a cloud, this cloud would be in the sky on an odd and depressing summer day. Soft Blue Shimmer has an awe-inspiring beauty in how tranquil their sound is, making them an excellent choice to start off the evening in preparation for the noisier acts that would follow. 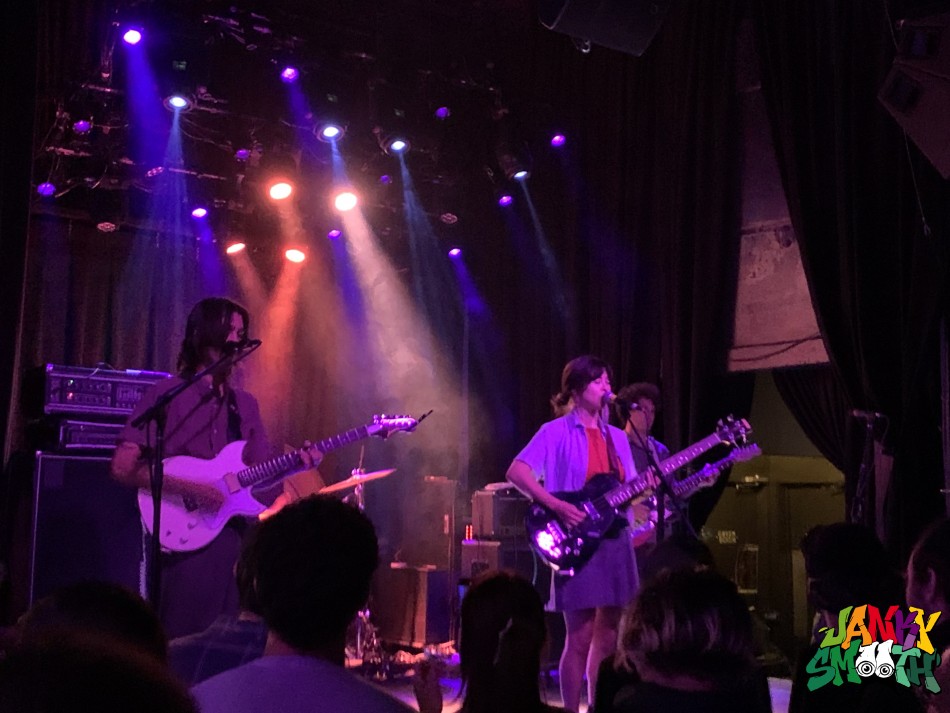 In contrast to the college indie roots of Soft Blue Shimmer, the next opener Softcult was much more influenced by early 00’s alternative punk rock artists with the matching spunk often seen from the era. Vocalist Mercedes Arn-Horn is incredibly bold with an animated spirit, not shying away from taking moments between songs to speak about social or political issues. There was a clear emphasis on feminist themes in their music, with Mercedes Arn-Horn opening a track about sexual assault with intense slam poetry and going into passionate rants about other womens’ issues such as cat-calling. While the band did have the social-political tone and youthful spirit of bands from the era like Green Day or Paramore, they incorporated mesmerizing shoegaze-influenced breakdowns as well which certainly added to the themes of depression and rebellion present in their lyrics. Soft Cult had one of the most lively performances from an up-and-coming band that I have seen in a long time, with the lack of subtlety in their political messages being a breath of fresh air in an era where newer bands are often hesitant to do so. 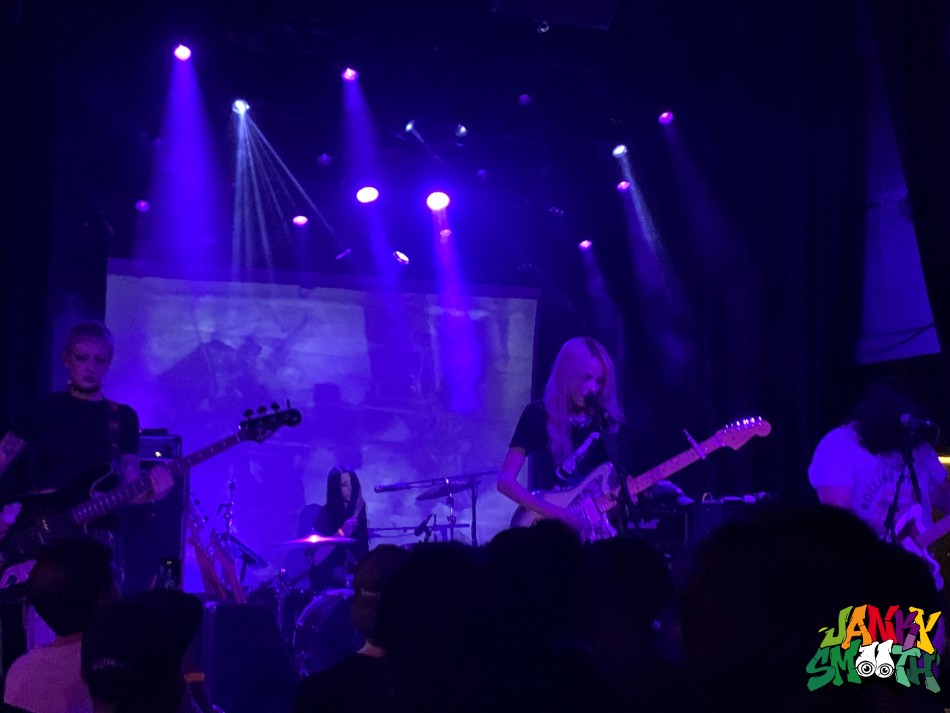 Teenage Wrist approached the stage in an impressively casual manner, with the band setting up their own instruments and openly adjusting their equipment throughout the set. Their stage presence really gave the impression that their passion for playing music exceeds any sort of image or aesthetic. This humble approach really helped shed a light on the other performances of the evening, as the headlining set still felt as if you were seeing a smaller underground band play in a garage or local bar. The band’s roots in punk rock and alternative scenes could be felt immensely with how DIY they carried themselves throughout their set, with The Echo being the ideal venue to see a band from this background.

One of the most signature aspects of Teenage Wrist’s sound is the vocalist Marshall Gallagher’s ability to transition from soft-spoken and clean vocals during atmospheric segments into snarky punk-influenced vocals that are reminiscent of Billie Joe Armstrong from Green Day or Davey Havok from AFI during the heavier moments. The more punk aspects of their sound were much more enhanced live, especially considering the sound of a small venue like The Echo. Bassist Matt Cohen leads many of the tracks with booming and groovy basslines, adding a lot of personality to the more peaceful moments of each song and adding a contrasting heaviness to these segments. It was incredible how drastically the shift in tones would change throughout individual tracks, switching from clean ambient instrumentals that could be heard clearly into enormous and euphoric walls of noise filling the room. 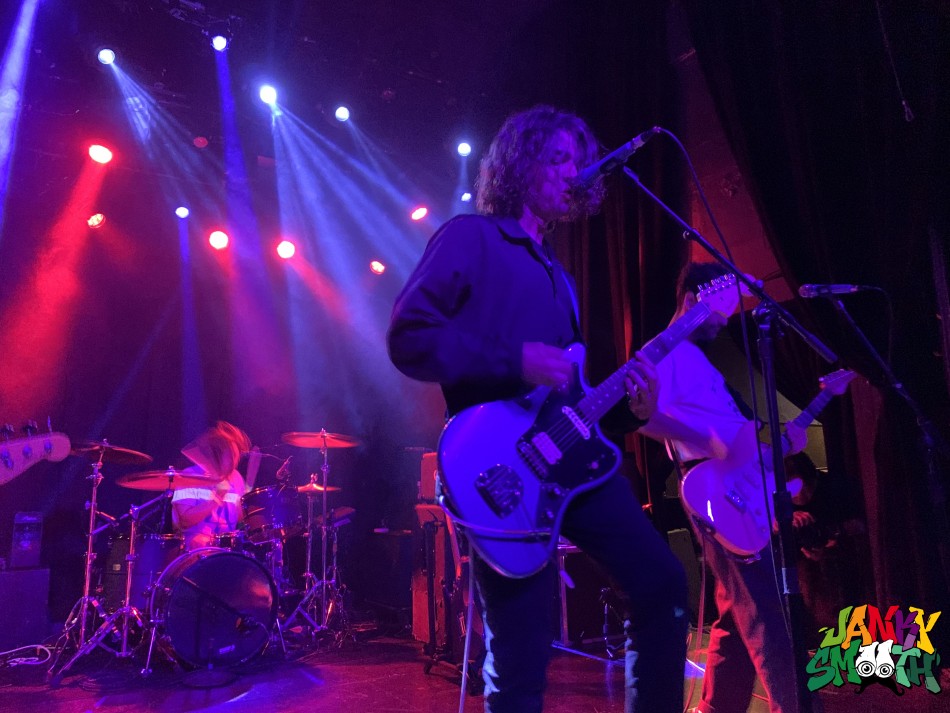 Teenage Wrist closed the evening with the self-titled track from their newest album, “Earth is a Black Hole”. The track starts off with a gentle guitar riff followed by vocalist Marshall Gallagher entering the track with an upbeat yet clean vocal style. The cheery upbeat melodies gradually become more gritty and raw as the instrumentals for the track become heavier. The lyrics perfectly match this chaotic progression with themes of climate change and global issues, descending into the noise-filled climax at the track’s end. The track’s a constant build-up throughout, embodying the song’s title and feeling as if you are spiraling into a black hole. It was a fantastic finale to the evening, leaving the audience wanting more noise to fill the room. However in true punk rock fashion, Teenage Wrist exited the stage claiming “No encores, no bullshit”. It was bittersweet that the evening was coming to a close, but the band ended on the highest note possible to leave the crowd with.

Teenage Wrist’s show at The Echo embodied the punk rock ethics of underground artists promoting each other, with the span of genres that they incorporate into their sound displaying their dedication to alternative music as a whole. While their booming and atmospheric style is massive in scale, they stay committed to the DIY roots that they come from through the sounds that they explore and the artists that they perform with. Their stage presence may not be

flamboyant or flashy, but their music says everything that it needs to in how grandiose and authentic it is. Teenage Wrist champions for the underground at every opportunity they get, and other DIY bands should take influence in how explorative they are in inviting new audiences. 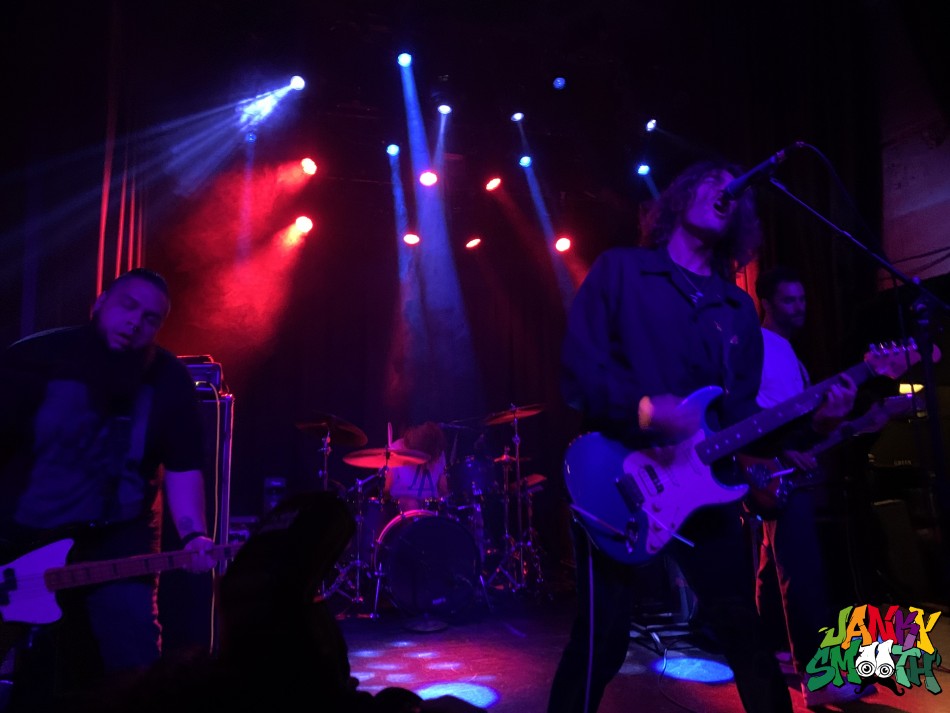